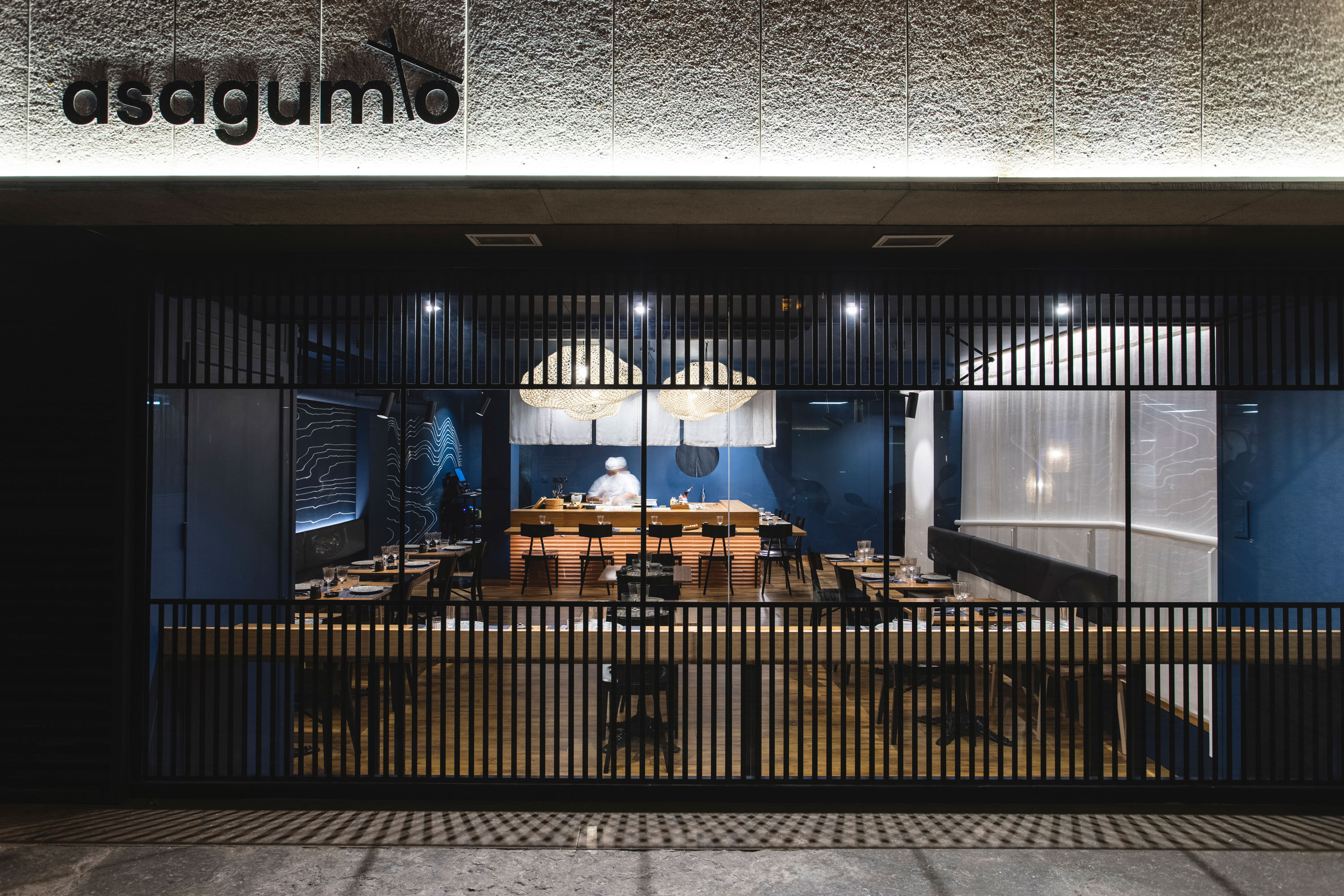 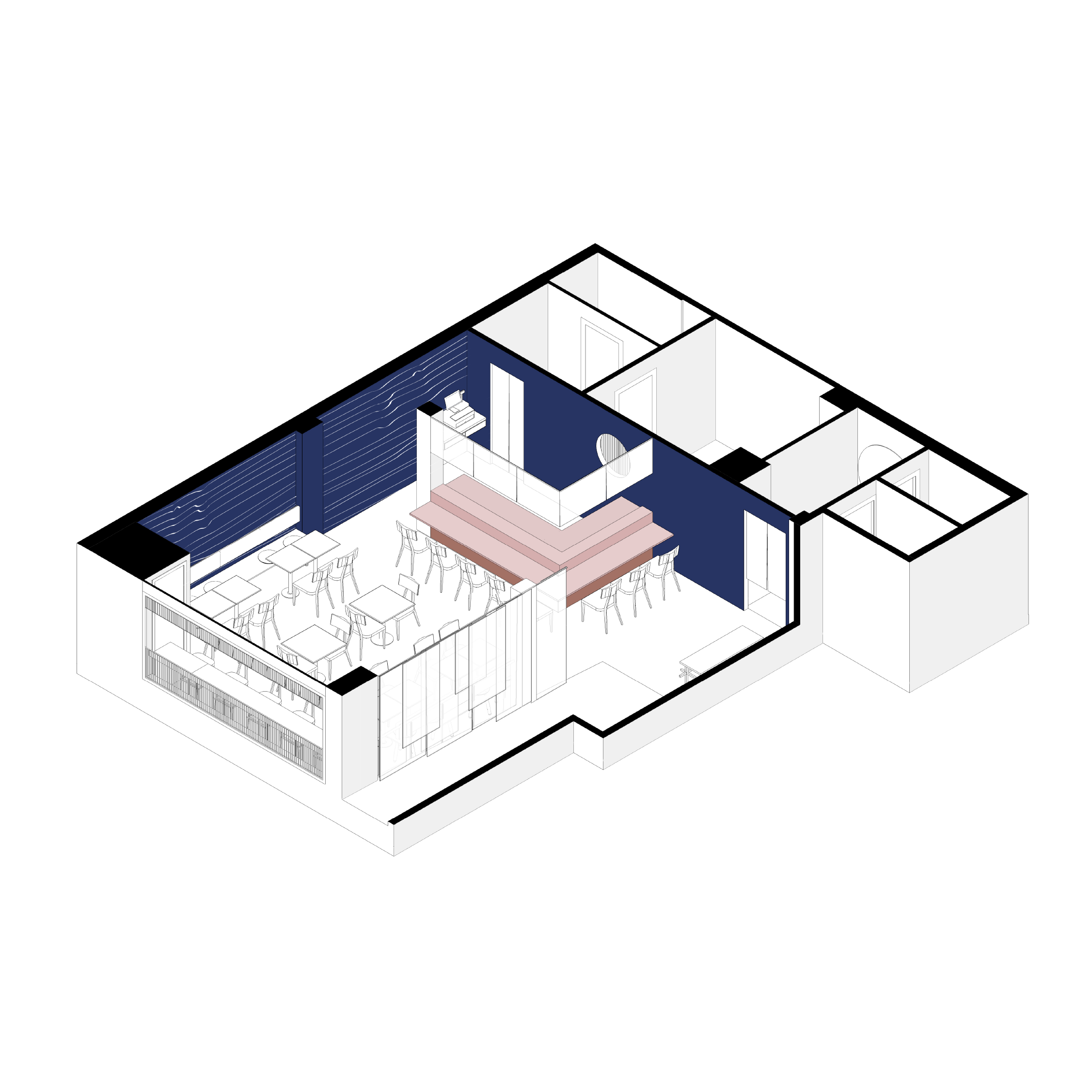 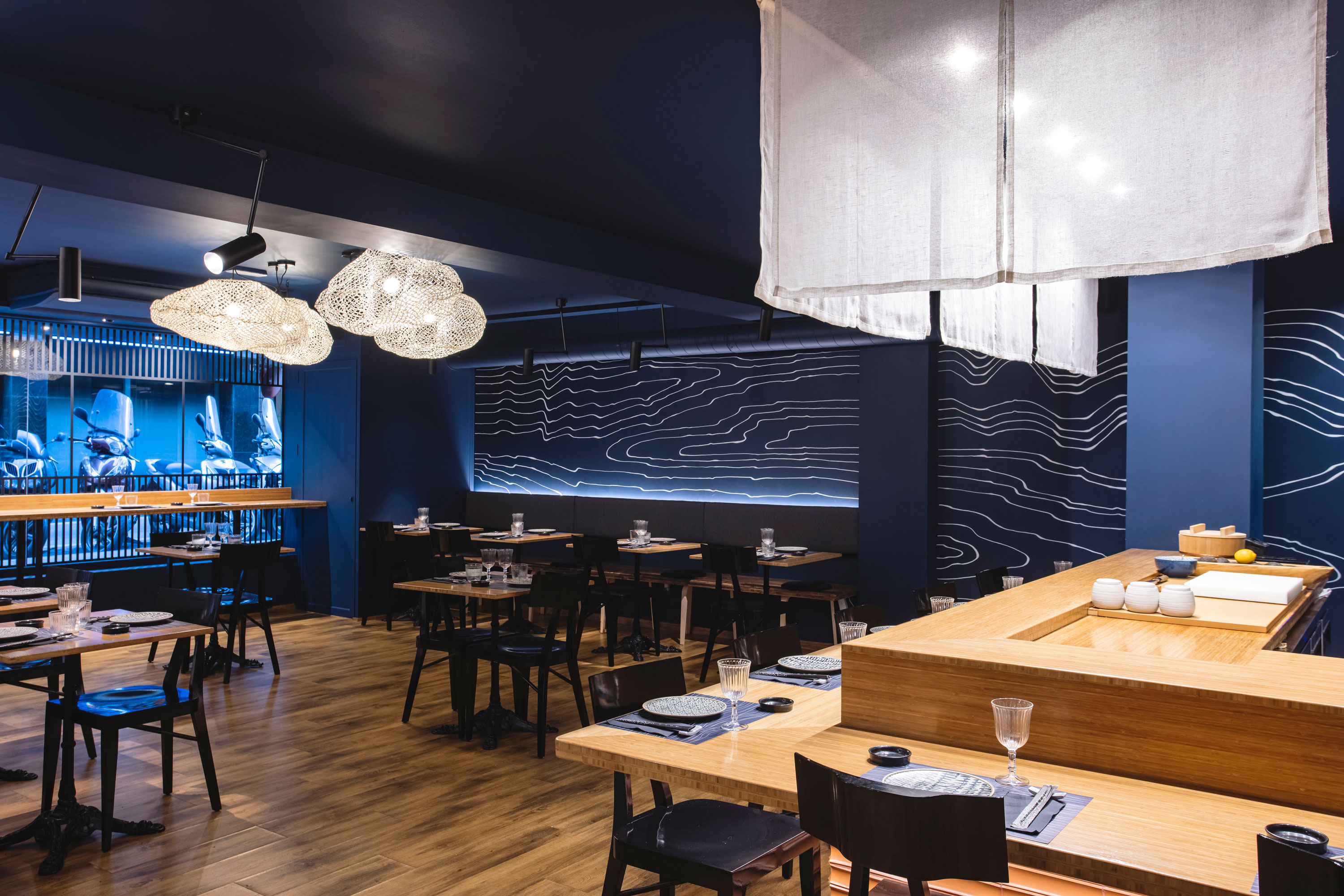 deardesign studio has conceptualized the interior design of a new Japanese restaurant located in the Sarrià-Sant Gervasi district of Barcelona. Asagumo, a beautiful, relaxing and welcoming space, means “morning clouds” in Japanese and this is the concept that deardesign studio has used as inspiration in this project. 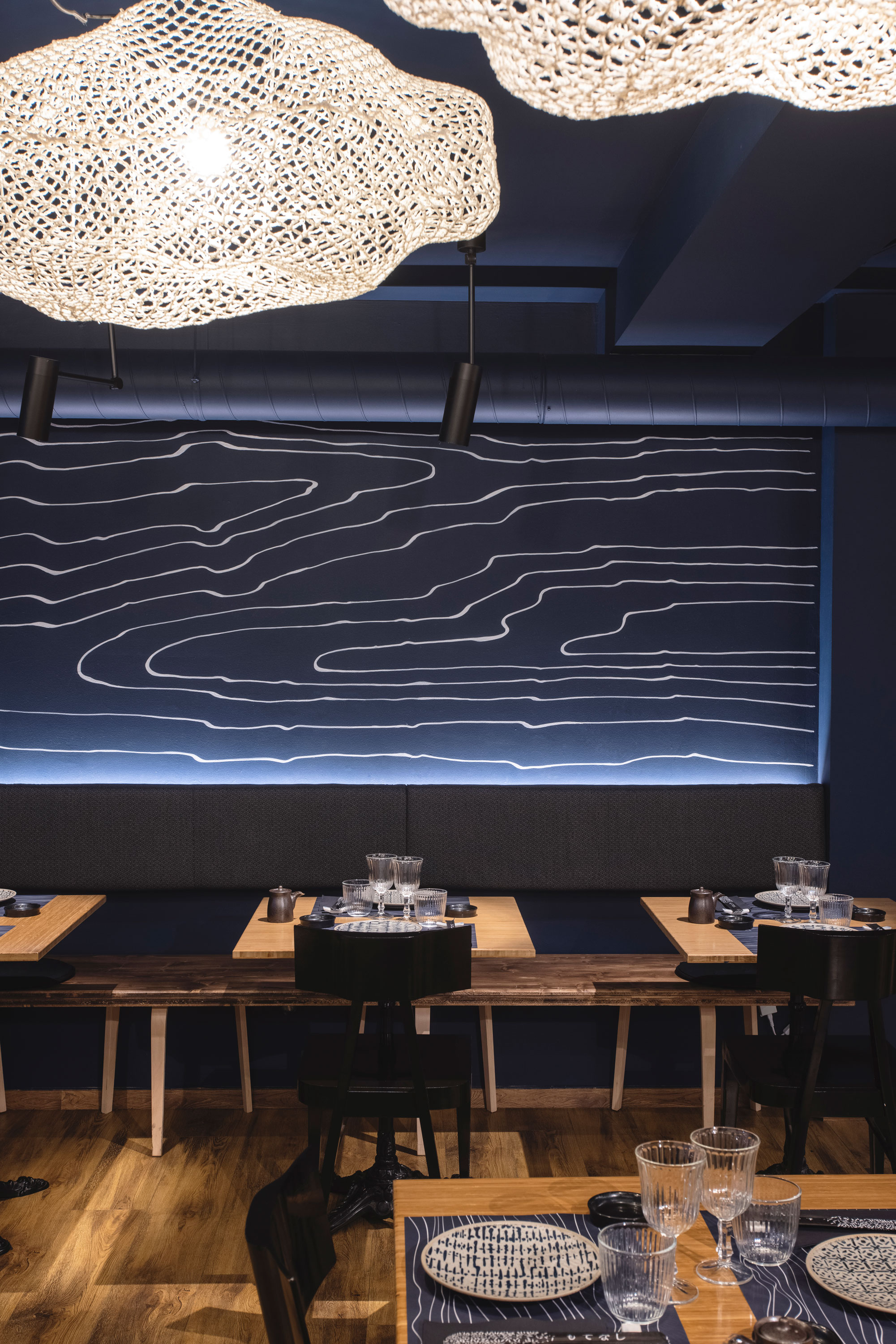 Asagumo is born of the illusion of chef Ben to evoke the Japanese culinary tradition in which craftsmanship, quality and attention to detail are essential to offer impeccable service. With this premise,

the enclave conveys the spirit of a millenarian culture and does so through the blue colour that becomes a protagonist throughout the space. 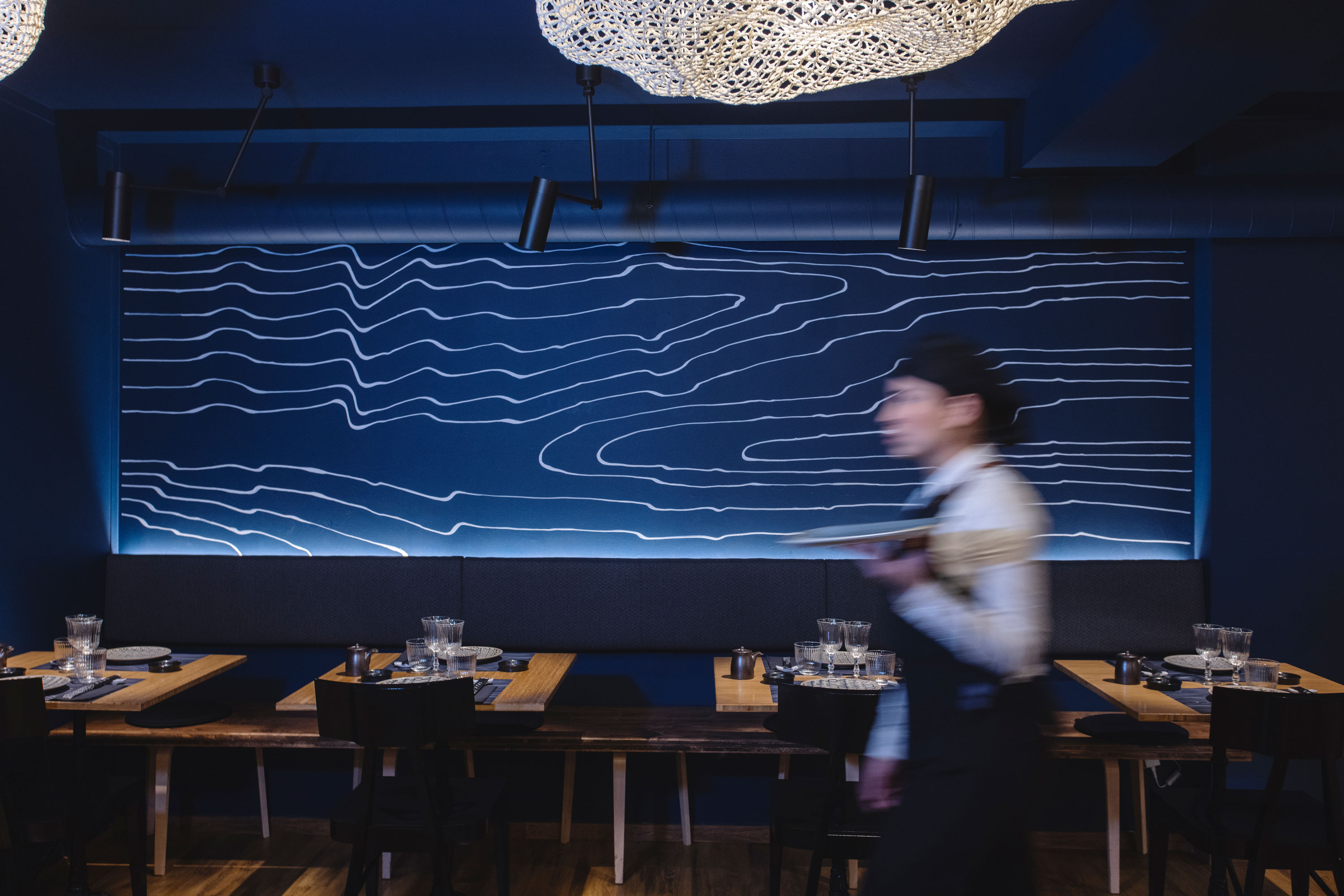 El Japan’s indigo or awa indigo is an emblem of the Tokushima region, which, since the 10th century, has been devoted to the production of this dye.

The colour creates a Zen and elegant atmosphere that is enhanced by light treatment, creating a surrounding atmosphere.

Cloud-shaped wire mesh lamps stand out in the scene, 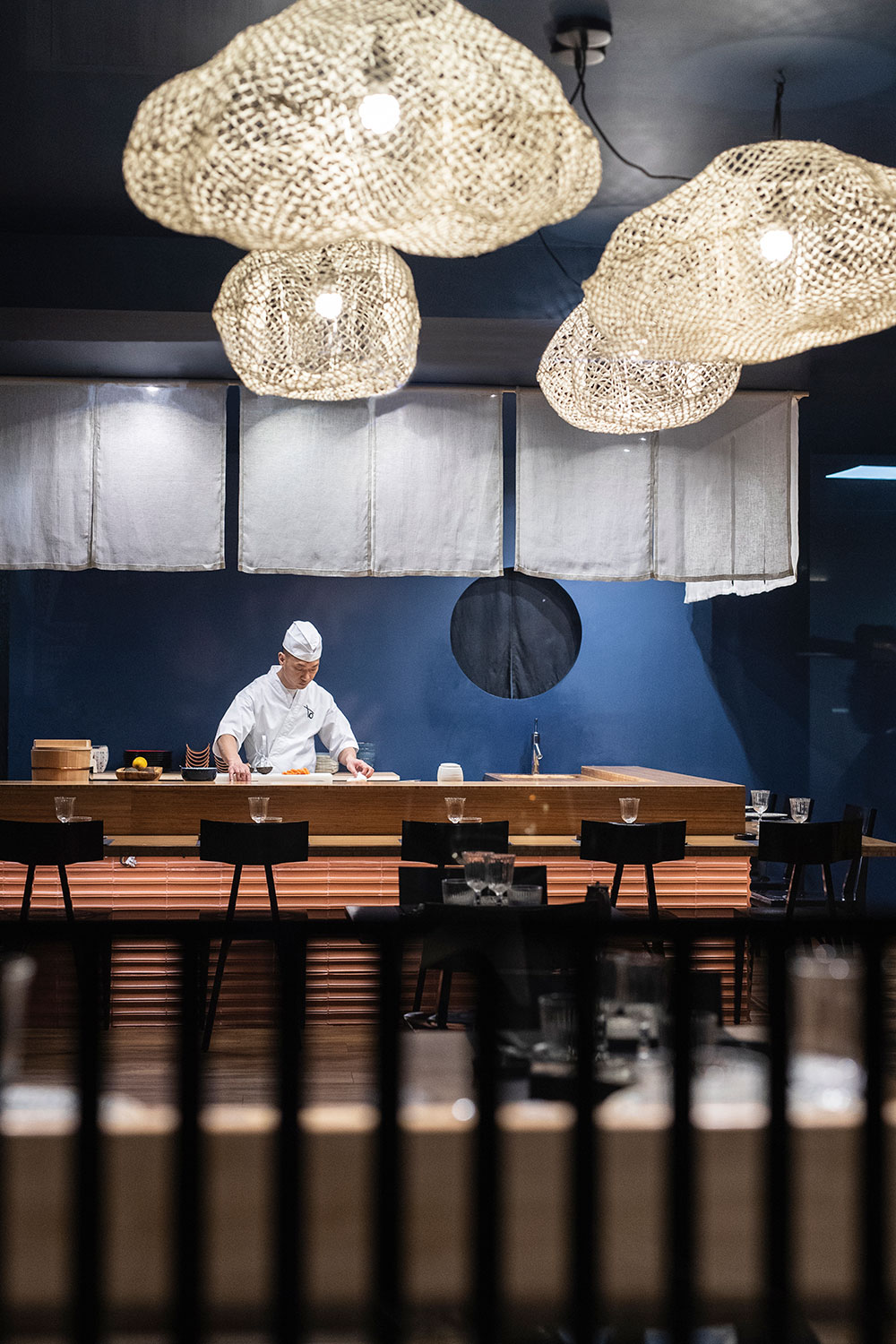 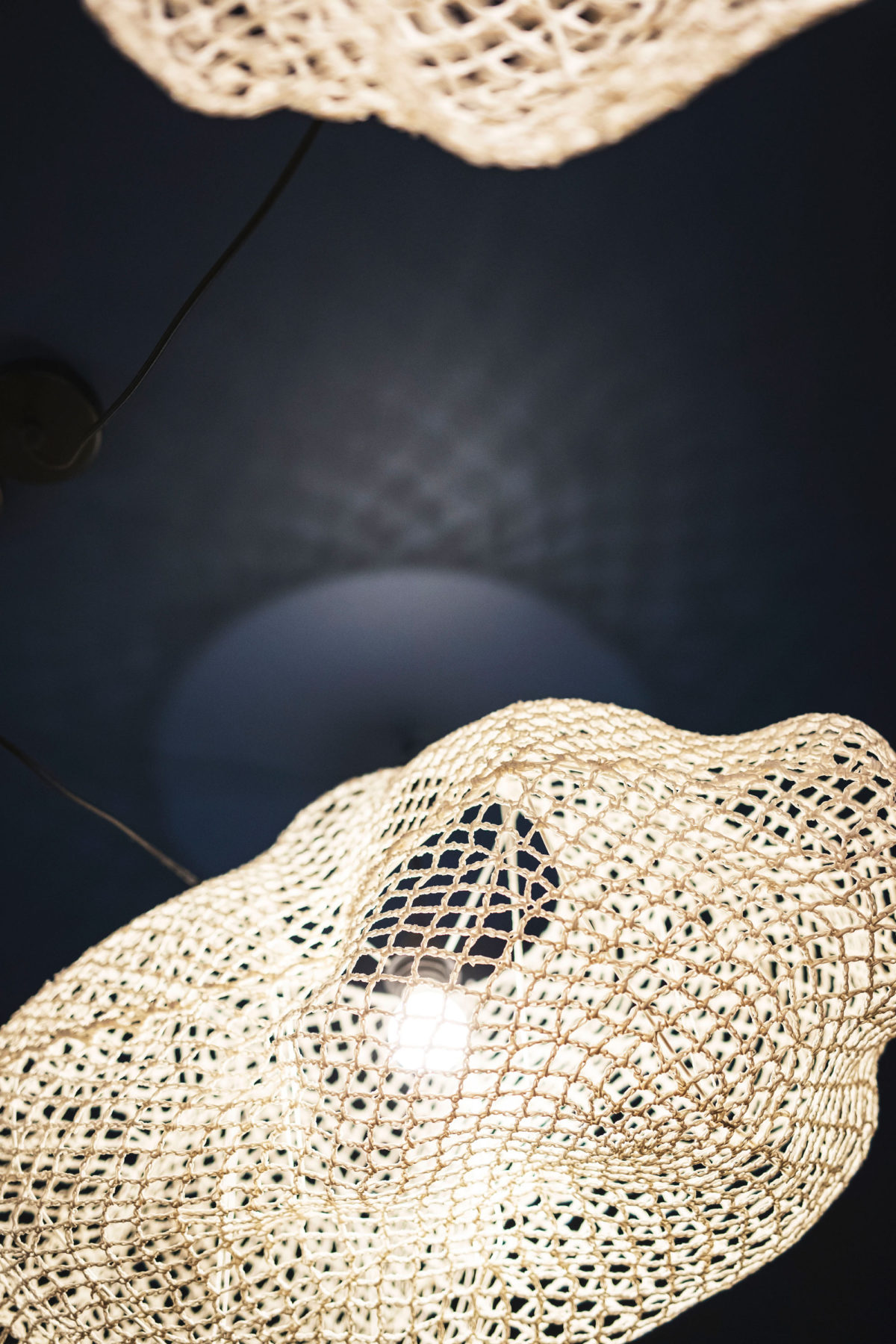 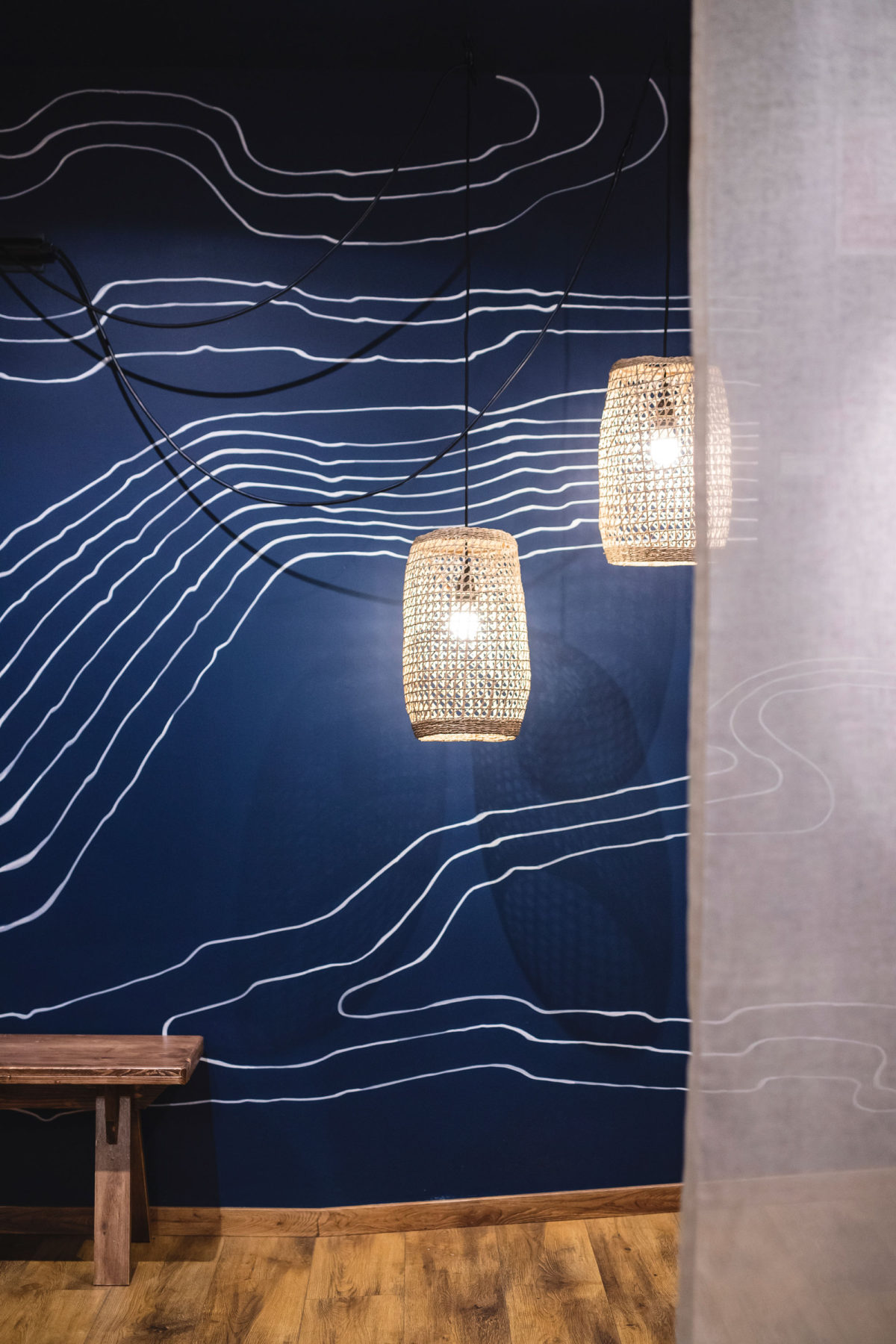 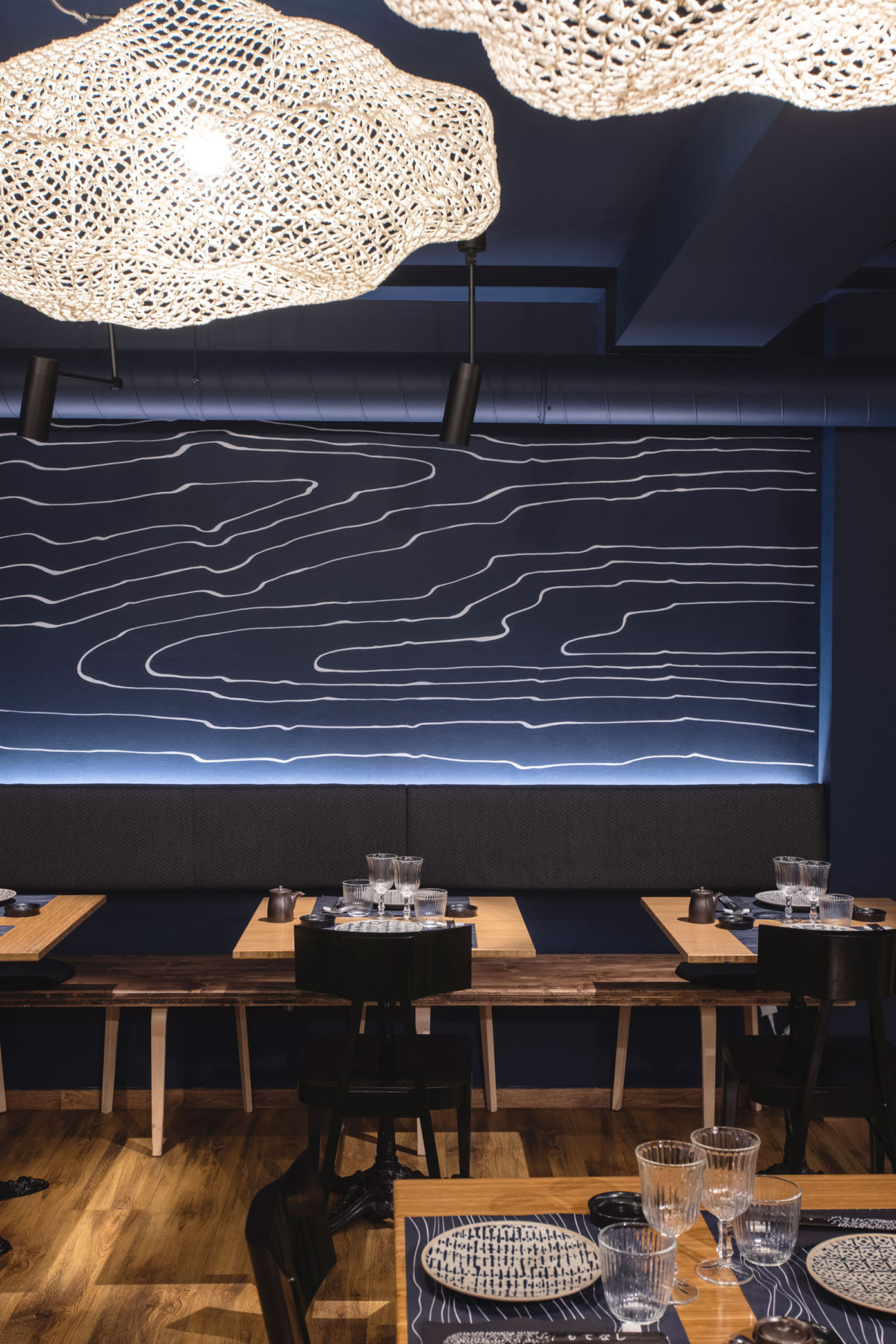 and are complemented by a serene wall, signed by the plastic artist, Agustín Casañas, who illustrates the walls using the language of topography to transport guests to a calm and modern interior.

And to give dynamism to this “beautiful early morning” scenario, attention is directed to a theatrical space consisting of a central bar, the sushi-bar, open and integrated into the assembly within which Ben works the ingredients live. Around it, a wooden bench for diners forms the area of service that is complemented by other individual and shared tables distributed in the dining room.

The layout of the central bar embraces the gastronomic philosophy of the omakase which means “trust” or “put in the hands of the chef” to serve the favourite dishes to the guests who are sitting around the open kitchen. 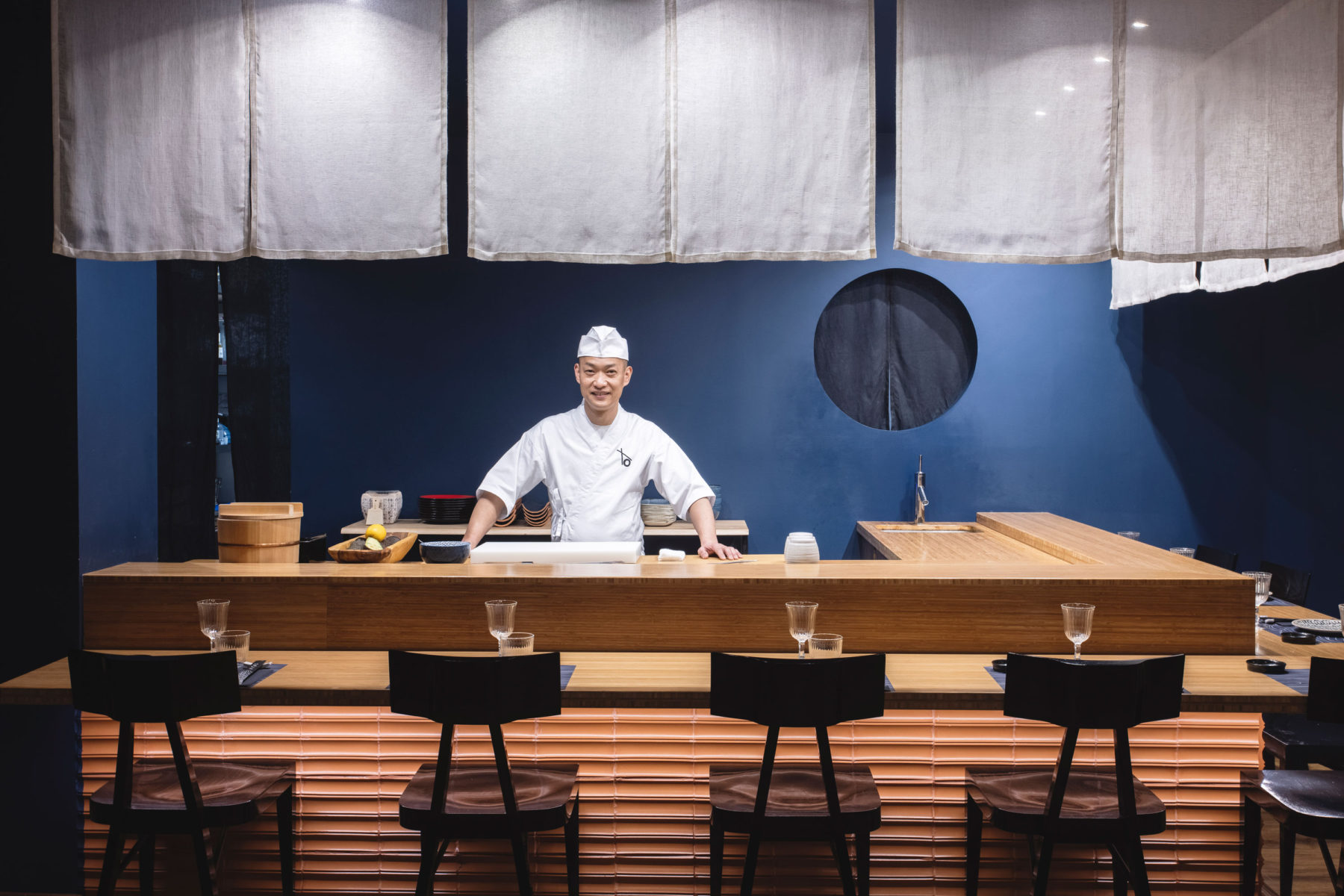 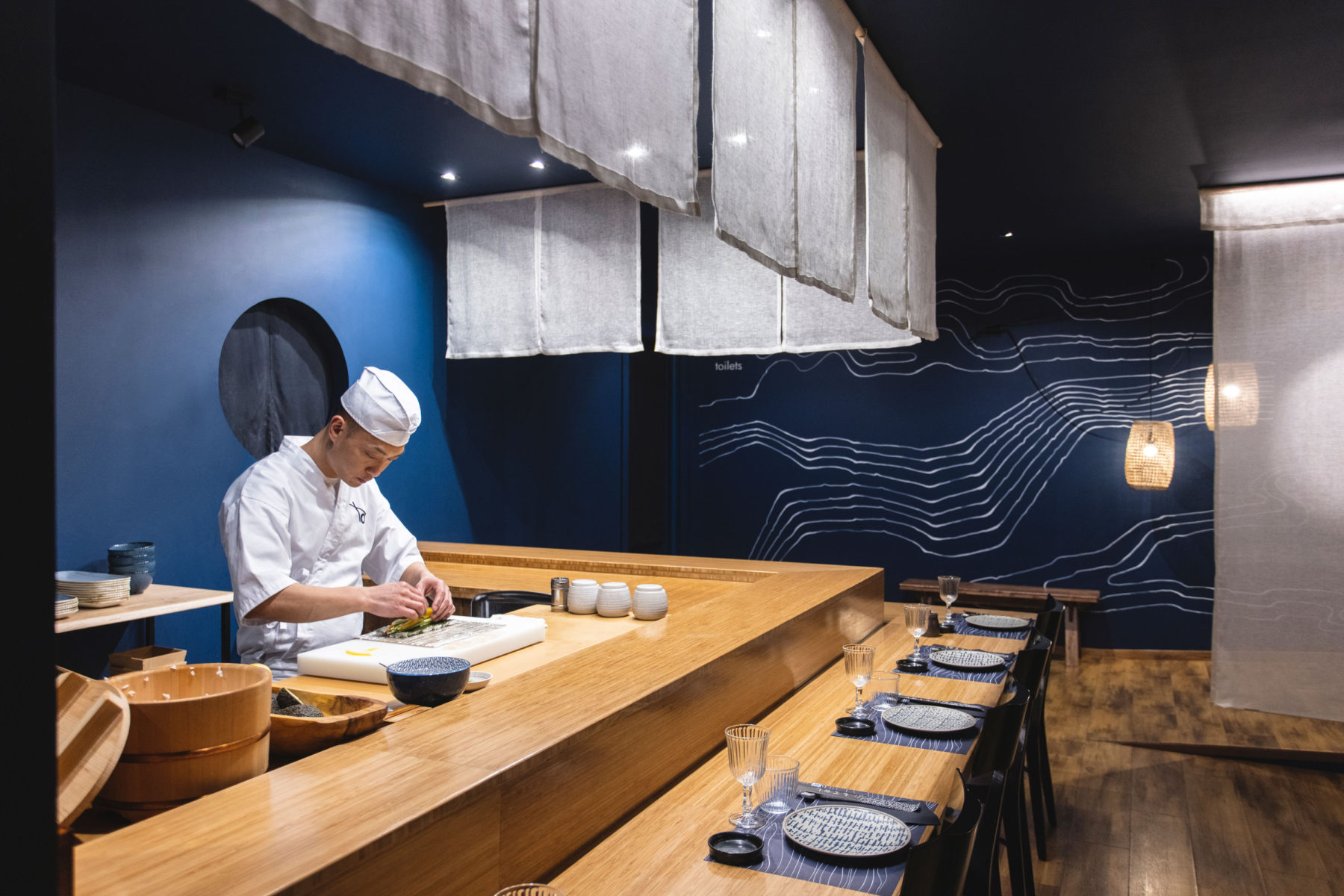 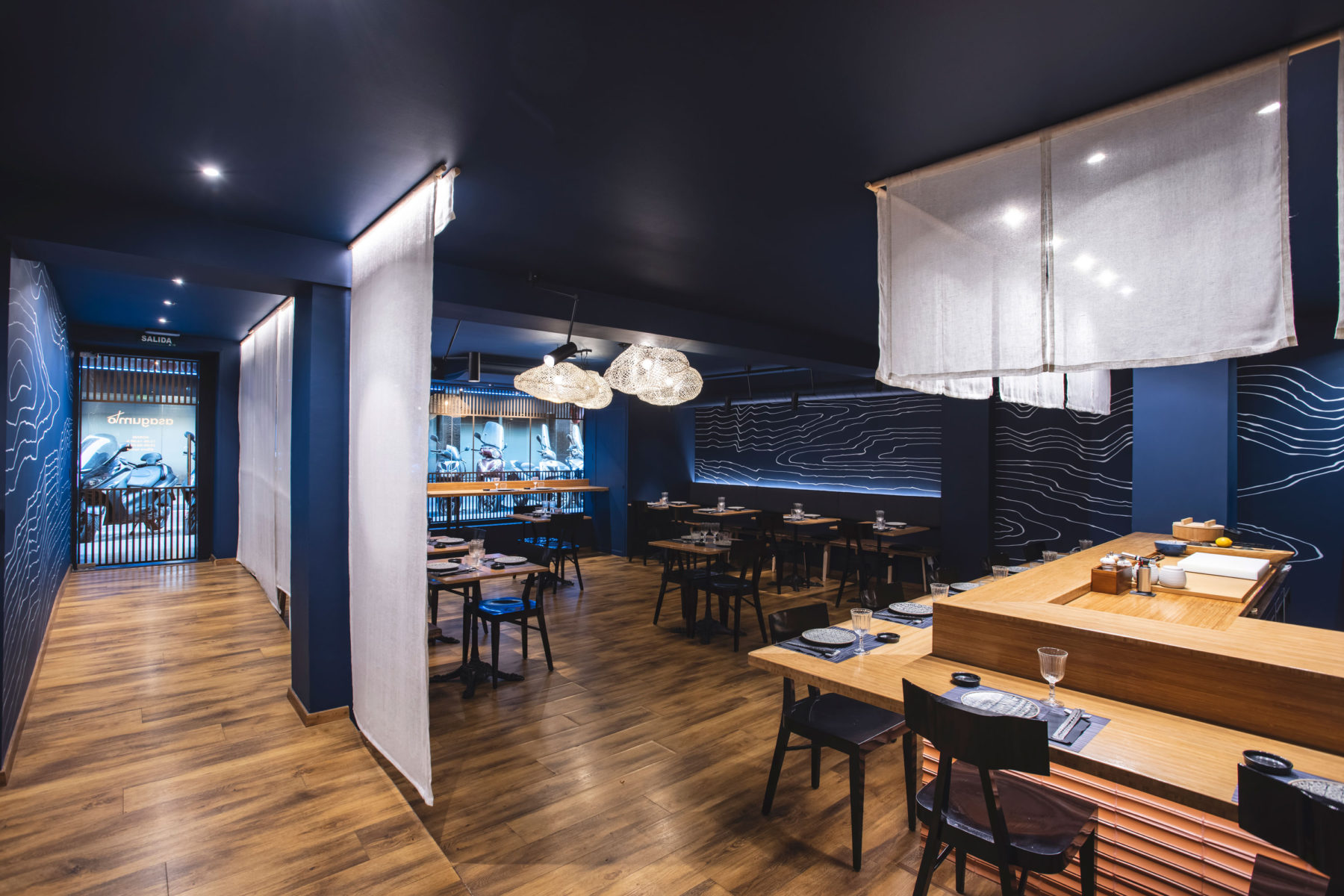 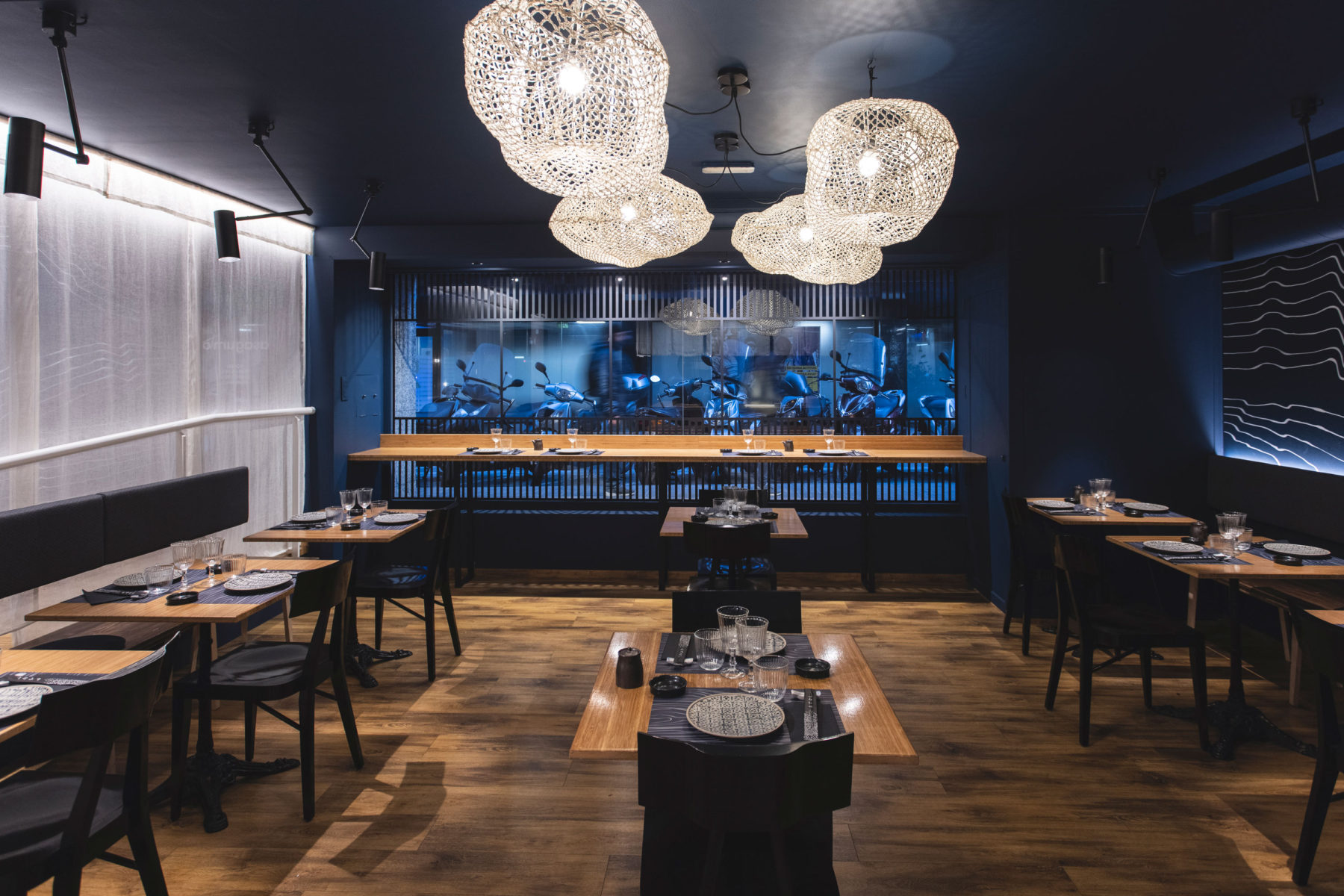 Lighting solutions offer a visual comfort by combining indirect light, dimmed lighting and spotlights over the bar to emphasize the chef’s performance. 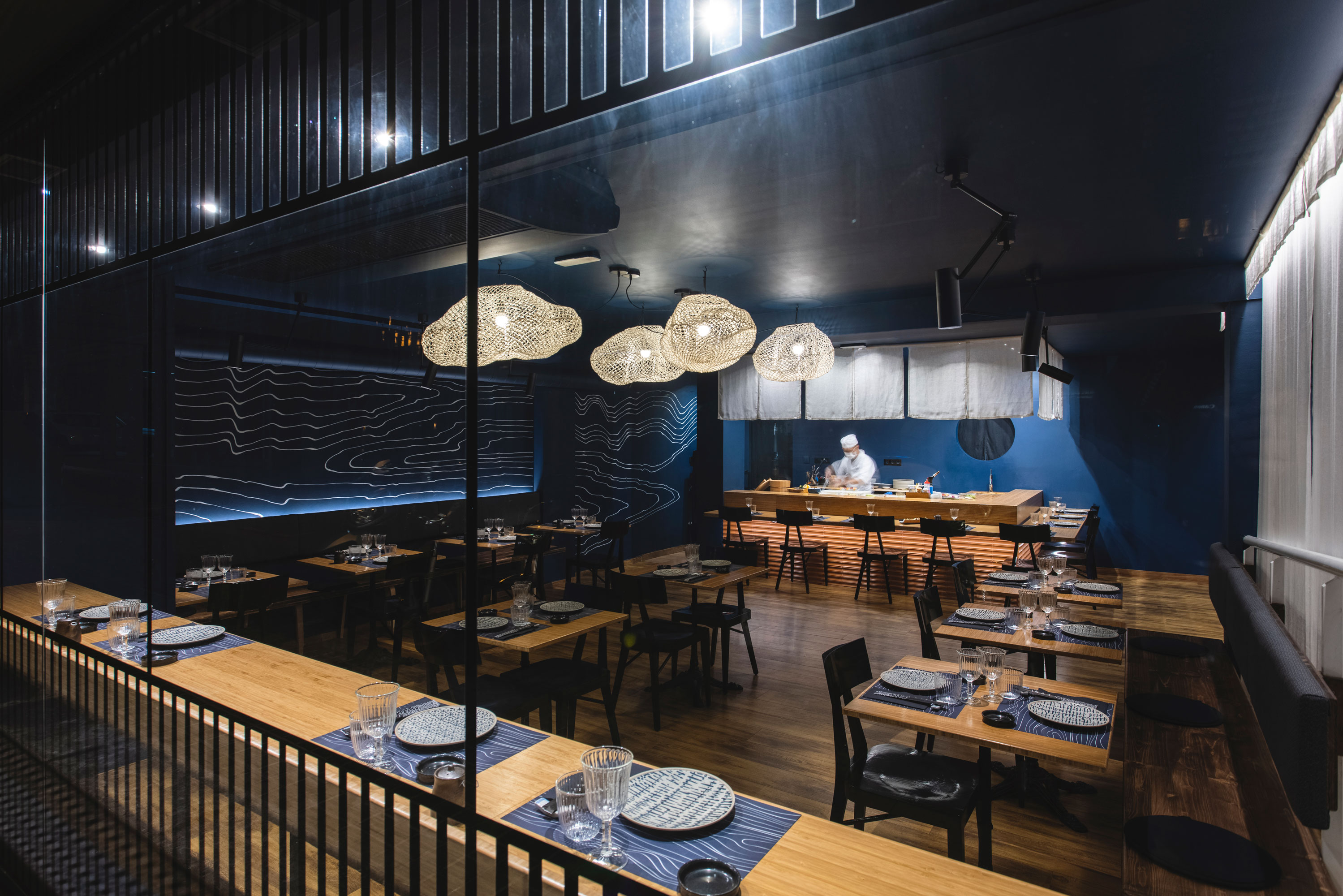 As for the materials used, deardesign studio, following its eco-responsible philosophy, opts for the recovery and reuse of durable and recyclable materials. 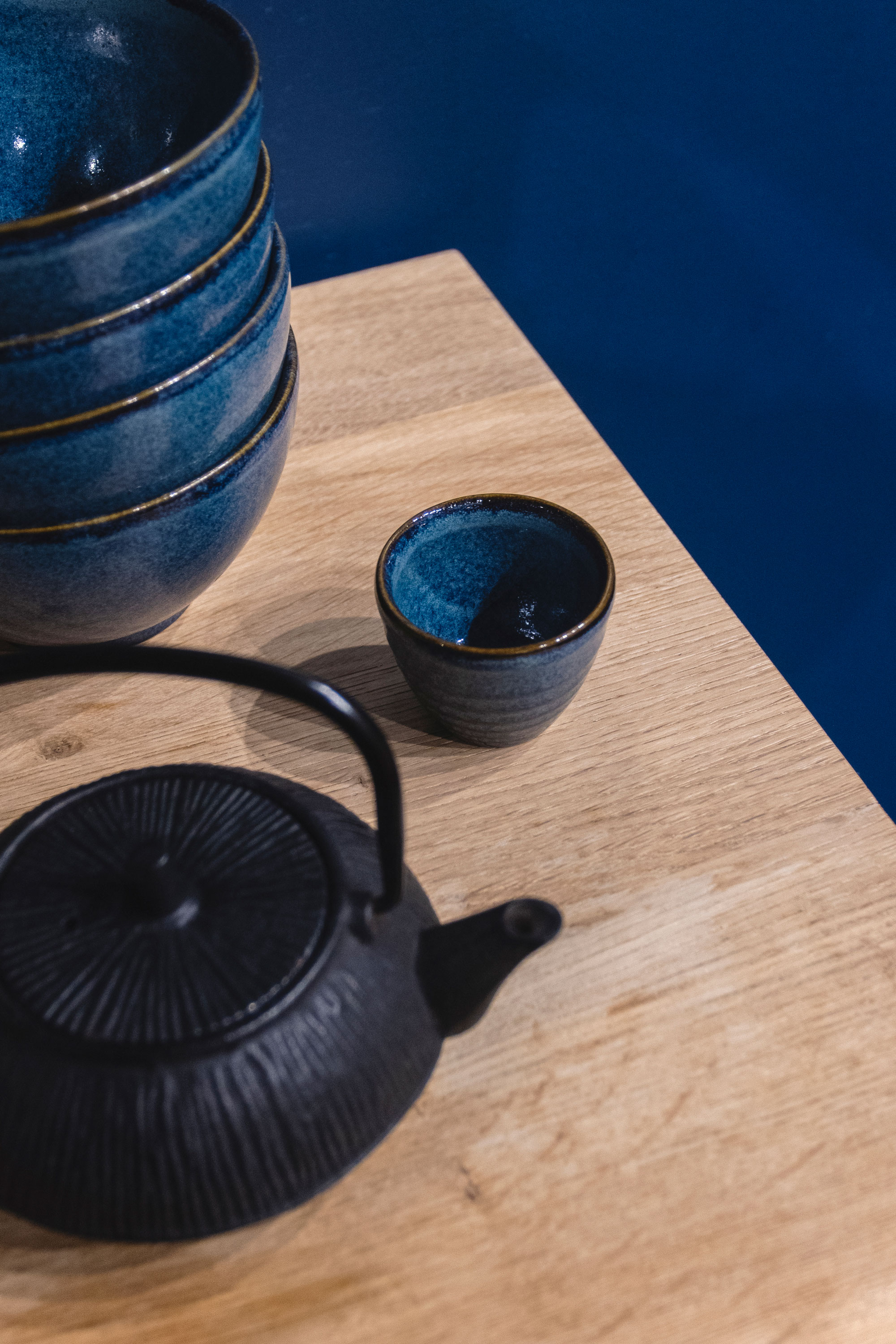 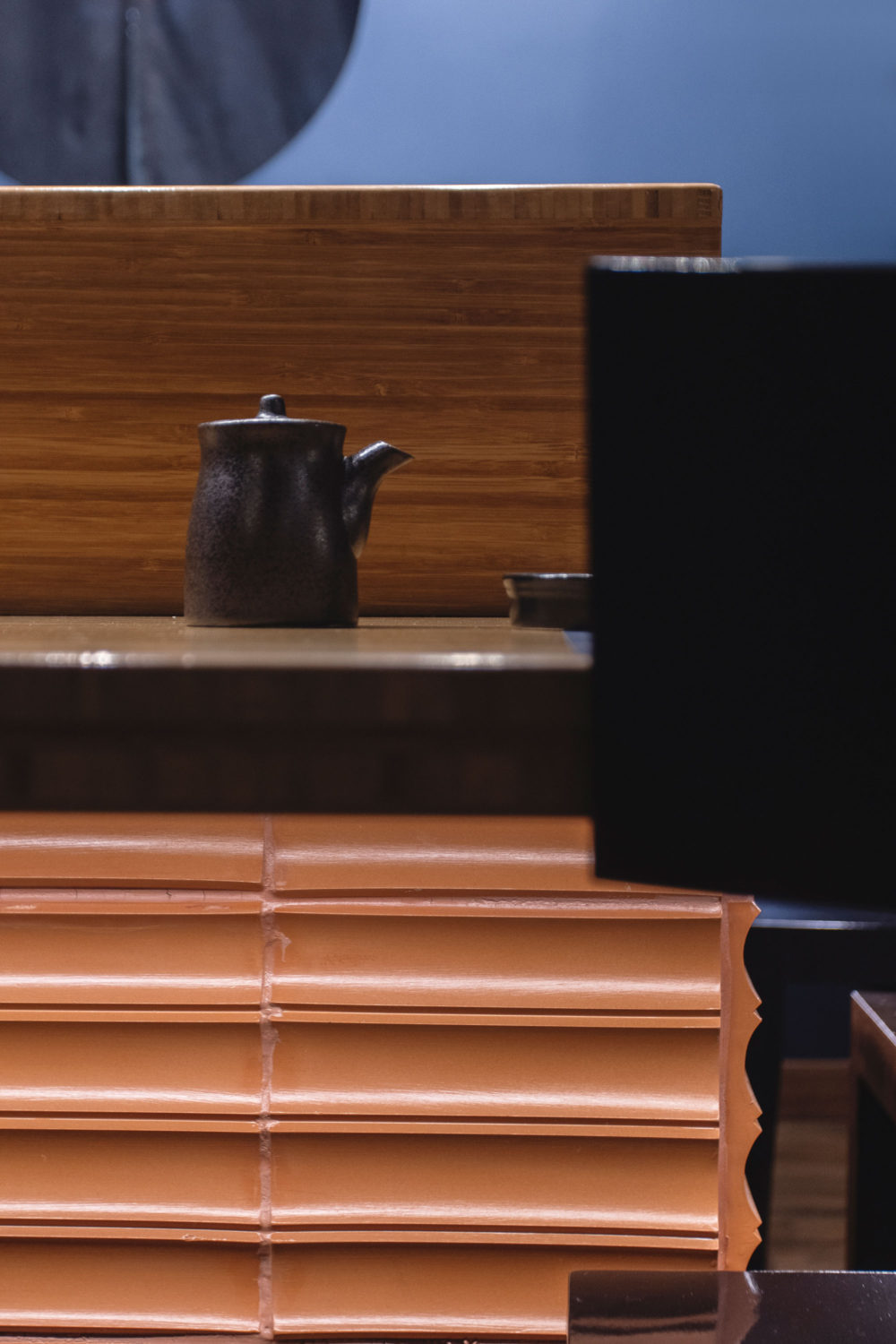 The bar is a combination of bamboo and terracotta; the feet of the wrought steel tables have been recovered and adapted with bamboo wooden tabletops, as the chairs that have also been used and given a second life after lacquering them in black. They were acquired as dead stock of a furniture store. As for the fabrics, they are all natural: the bench backs are made of cotton with traditional Japanese motifs and the noren curtains are made of linen.

The studio has also been in charge of creating the brand image of Asagumo and its applications on the premises as well as choosing other decorative details such as tableware. 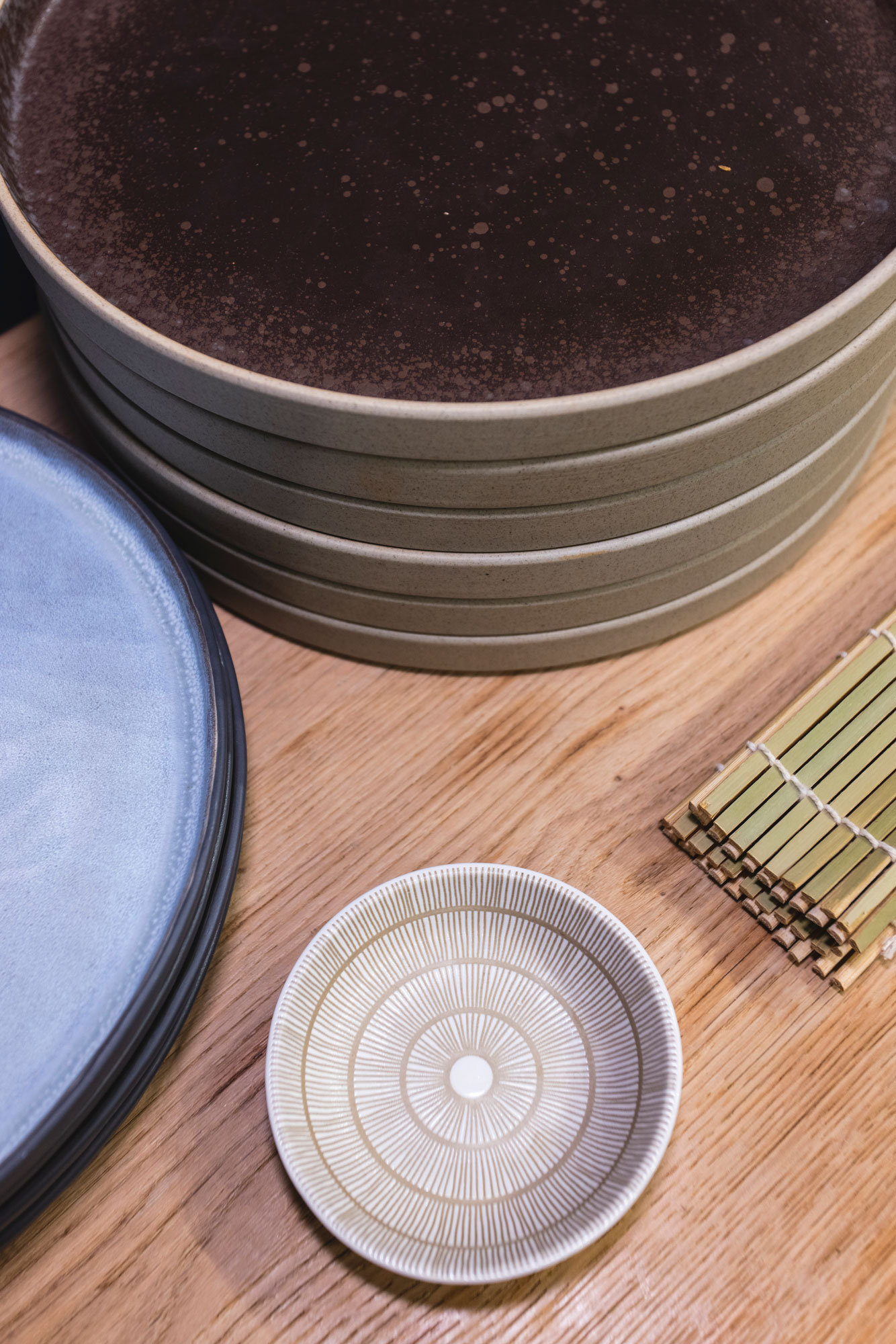 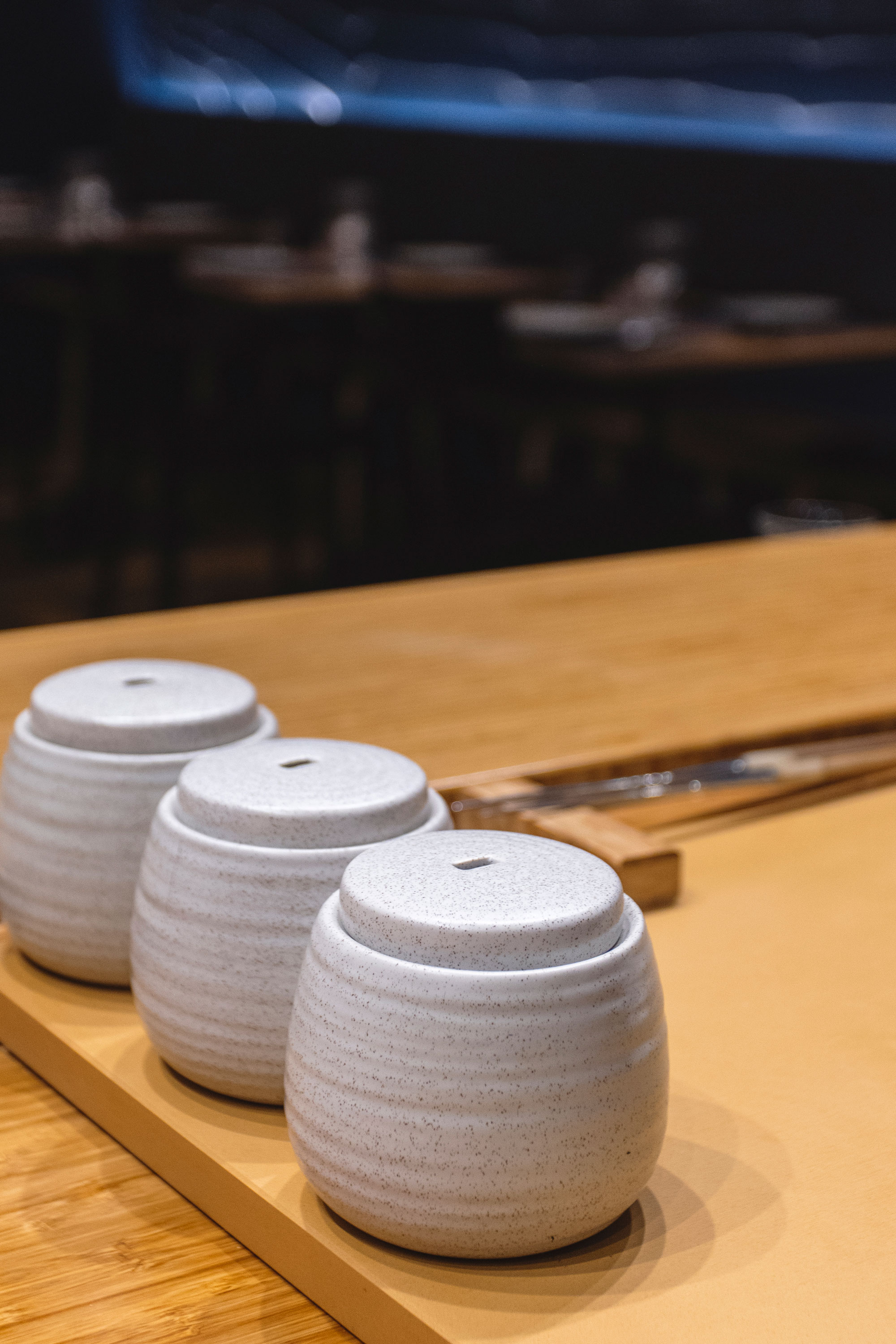 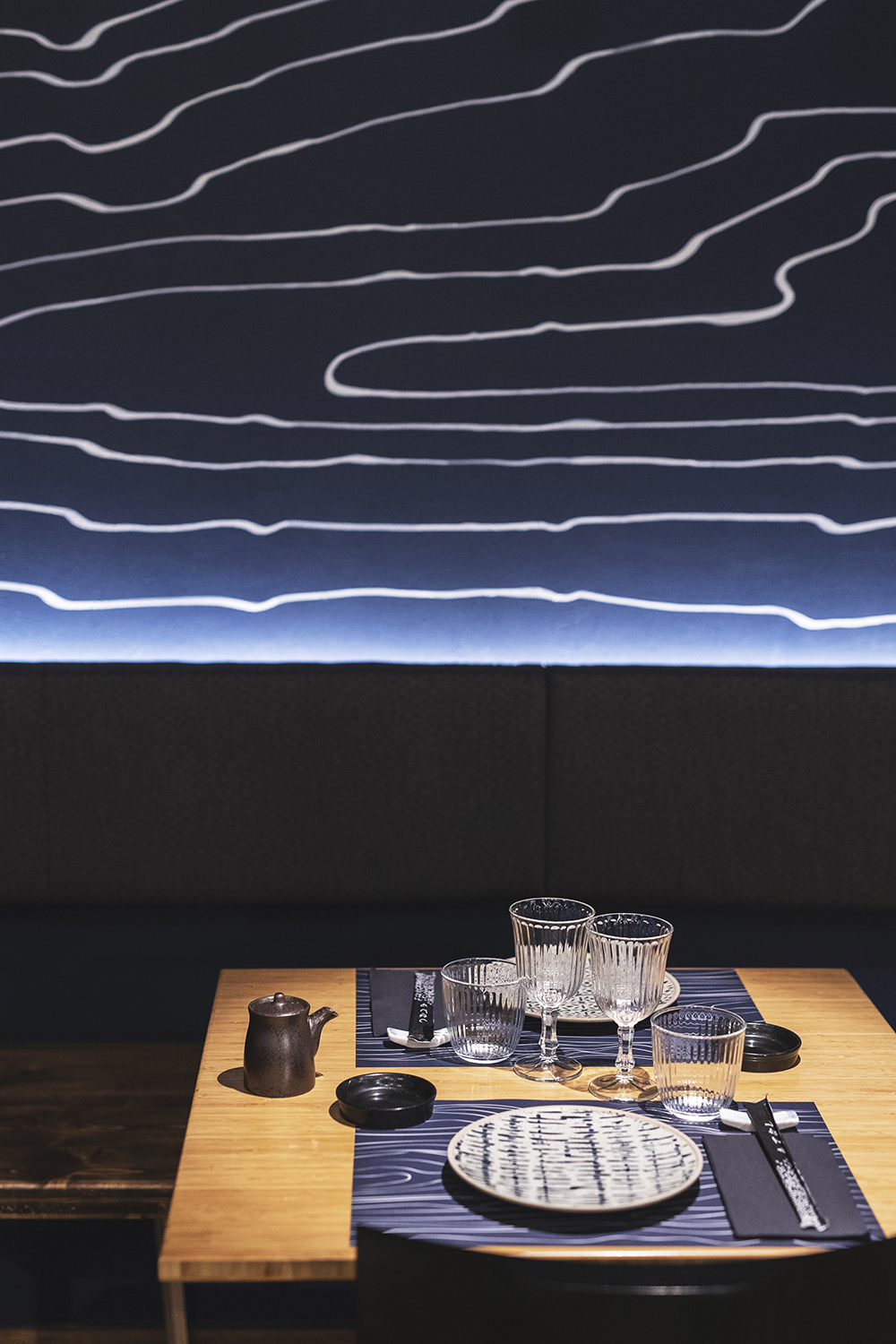 to convey an elegant aesthetic with the quality and delicacy that characterizes Japanese cuisine. 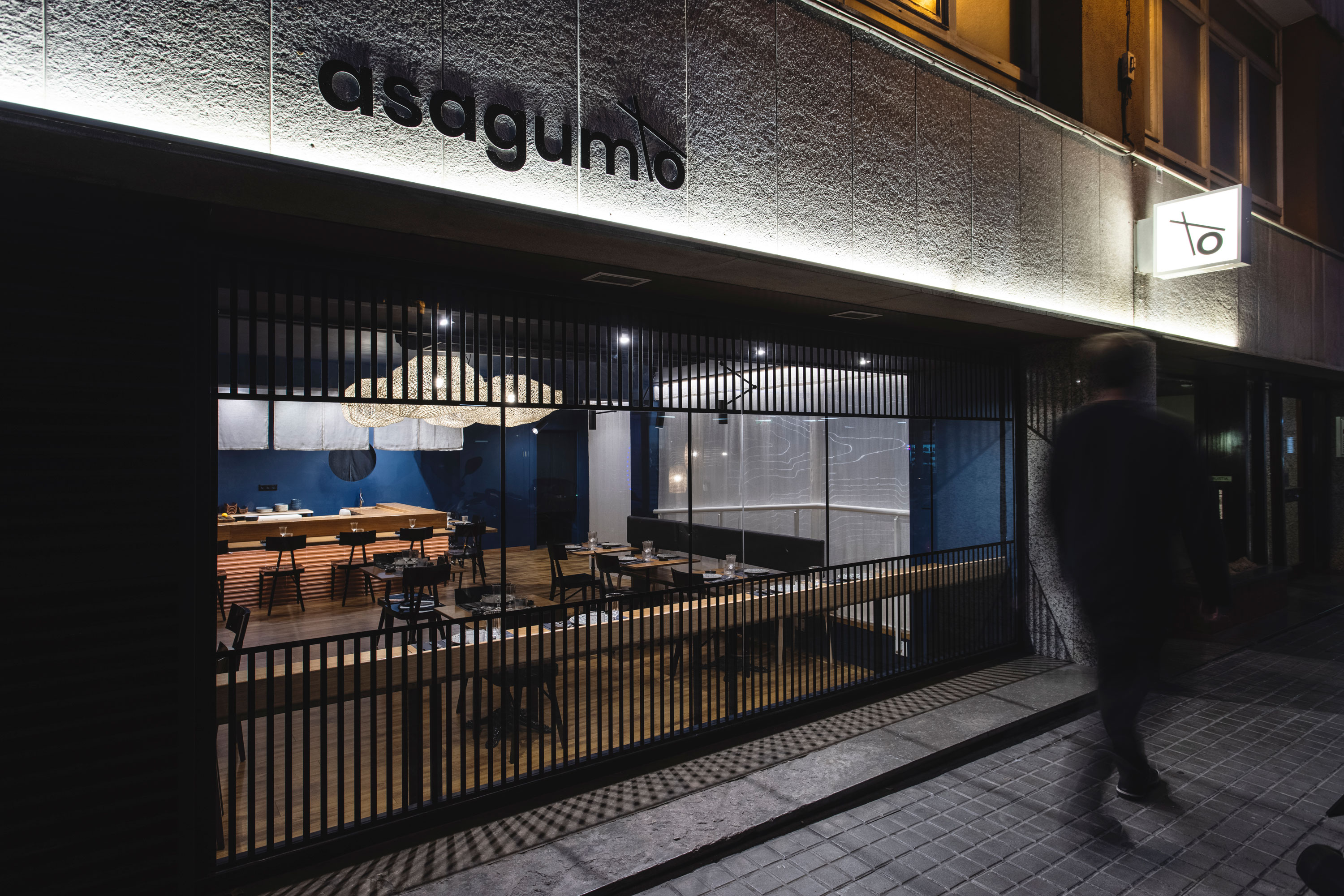